Modern technology gives us many things.

Free Hotel Breakfasts are Getting Bigger and Better |…

Is Tipping Getting Out of Control? Many Consumers Say Yes |…

We were unable to send the article.

As the federal government keeps flirting with decriminalizing marijuana and leaving it to the states to regulate, and as more states pass recreational marijuana measures, Arkansas ballot proposals are multiplying.

As of Dec. 10, we know of at least three proposed recreational marijuana amendments seeking to get on the November 2022 ballot:

To get on the ballot, each proposed amendment will need to submit to the Secretary of State more than 89,000 verified signatures in support by early July 2022.

The big employment question – how will any recreational marijuana law that passes interact with the various medical marijuana rules that apply to Arkansas businesses? Our guess is any successful recreational amendment won’t have much impact since medical marijuana has its own separate rules in Amendment 98 that protect businesses in various ways, including those employing people in safety-sensitive positions.

There will be some distinctions to keep in mind. Here’s one potential scenario – two of your employees test positive for THC during a random drug test; one has a medical marijuana certification and one does not.

Assuming none of the three proposed amendments will prohibit an employer from enforcing a drug-free workplace policy, the employee without the medical marijuana certification is on really thin ice and could face discipline. However, the situation with the other employee (assuming she is not in a position that is safety-sensitive) is more complicated.

Under the rules that apply to medical marijuana, a positive drug screen is not enough to terminate the employment of a person with a medical marijuana certification – there must be some other indication of impairment. One employee may get fired and another spared, even if both have the same level of THC in their system and work in the same job.

We tend to think there is a better-than-even chance that one of these amendments, if they all make it on the ballot, will pass. Why do we think that? Amendment 98 (which introduced medical marijuana to Arkansas) passed with more than 53% of the vote in 2016, and societal attitudes towards recreational use continue to relax. Numerous states, including Illinois, Michigan, Virginia and North Carolina, have decriminalized marijuana to some extent or enacted laws specifically allowing recreational use.

Employers should have recreational marijuana on their radars – they should consider what policies to have in place to ensure their workplaces are safe from any potentially intoxicating substance (not just marijuana) and understand the employment law distinctions between recreational and certified medical use. 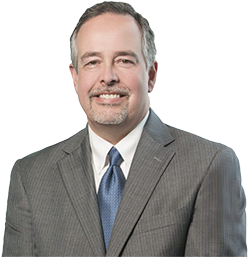 Stuart Jackson is a partner on the Labor & Employment Team at Wright Lindsey Jennings. His focus as of late has been on pandemic-related employment issues (including the sometimes competing state and federal laws and regulations on mask usage and vaccine mandates), medical marijuana in the Arkansas workplace and defending collective and class actions under the Fair Labor Standards Act and the Arkansas Minimum Wage Act.

How to Fix Dysfunctional Government with Esper CEO Maleka Momand

Is Tipping Getting Out of Control? Many Consumers Say Yes | Arkansas Business News

Sign up for our Arkansas Digital News newsletter to get the top news stories delivered to your inbox.